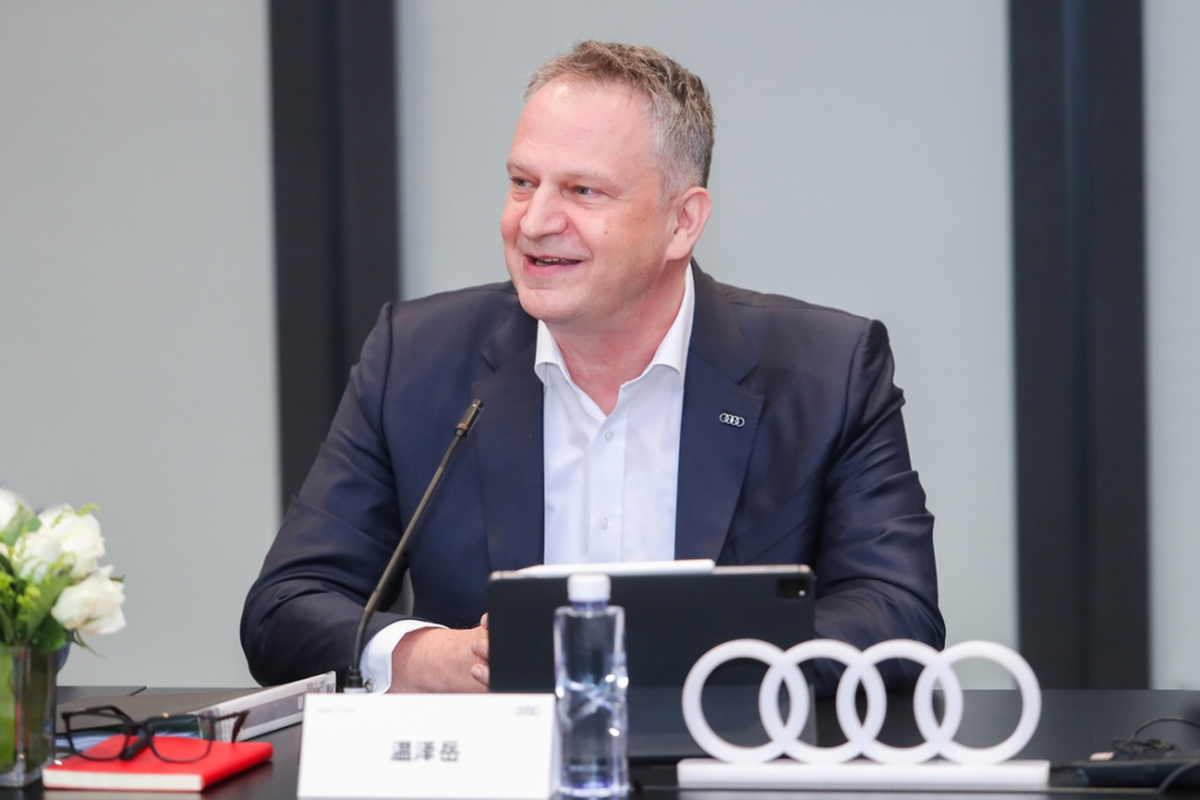 Audi wants to regain the No 1 position in China's premium car market, and the key lies in making the carmaker "more Chinese", said a senior executive at the German carmaker on Thursday.

Audi had been the best-selling premium carmaker in China since 1988 until it was overtaken in 2019 by rivals BMW and Mercedes.

Unser, who worked for seven years at Audi parent Volkswagen's joint venture in Changchun, Jilin province, said the company would stage a comeback by making its operations in China "more Chinese".

"That means we need to have better technologies, better products and better services in China," he said.

Among other things, Unser said Audi will introduce latest models, beef up its research and development efforts in China and offer its customers enjoyable experiences in car purchase, use and after-sales service.

"The auto industry in China is seeing the fastest development globally. It is the global leader in terms of digitalization and smart connectivity," said Unser.

Audi CEO Markus Duesmann said China is one of its most important markets, and it has been working smoothly with its two Chinese partners, FAW and SAIC Motor.

FAW has been producing and selling Audi models in China for decades, with SAIC starting to offer its Audi models starting earlier this year.

The German carmaker has also set up a joint venture with FAW to produce and sell electric vehicles based on Audi's PPE platform co-developed with Porsche.

Duesmann said Audi's investment in the joint venture will total 2.6 billion euros ($2.87 billion). He said three models will be introduced in the first phase, including the A6 e-tron sedan and the Q6 e-tron SUV.

By 2025, Audi will offer 20 electric models globally, with China as one of its most important markets as in the age of gasoline vehicles.

The company sold 701,289 vehicles in China last year, according to statistics from the China Passenger Car Association. They accounted for over 40 percent of Audi's global sales in 2021.